In 1969, small women’s health groups started up around the country to create a “women’s night” at the local free clinic, or write books on women’s health and individual women wrote or researched to expose dangerous methods of birth control.

“Many of the women who wrote books and started collectives to start the Women’s Health Movements in 1969 first worked in the anti-war movement, the civil rights movement, and the liberal abortion reform movement. Barbara Seaman wrote Free and Female and The Doctor’s Case Against the Pill; the Boston Women’s Health Collective wrote the newsprint pamphlet that became Our Bodies, Ourselves; The Jane collective set up an illegal abortion service. Women stormed the Food and Drug Administration to protest the lack of accurate labeling of the Pill.”)

We have written books and produced films and videos based on our self-help experiences. We have large, beautiful women’s clinics, staffed by their original self-helpers, which provide well-woman care, adoption facilitation and abortion. There are many women’s clinics around the country that are the direct or indirect beneficiaries of our pioneer clinics who continue to provide humane, respectful health care.

In 1971 Carol Downer used a speculum, a mirror and a flashlight, to look at her own cervix. She was the mother of six children and had never seen her own cervix. Taking that step, she saw where her babies had passed through, where her menstrual flow came from, and what the doctors had commented on over the years. It was a very enlightening moment for her. What she did with that knowledge was revolutionary.

Women's Health Movement Book team
1975 to 1980
Women from all of the Feminist Women’s Health Centers
dedicated their time to writing and publishing.
In the following series of photos,
we were working at the health center offices on Crenshaw. 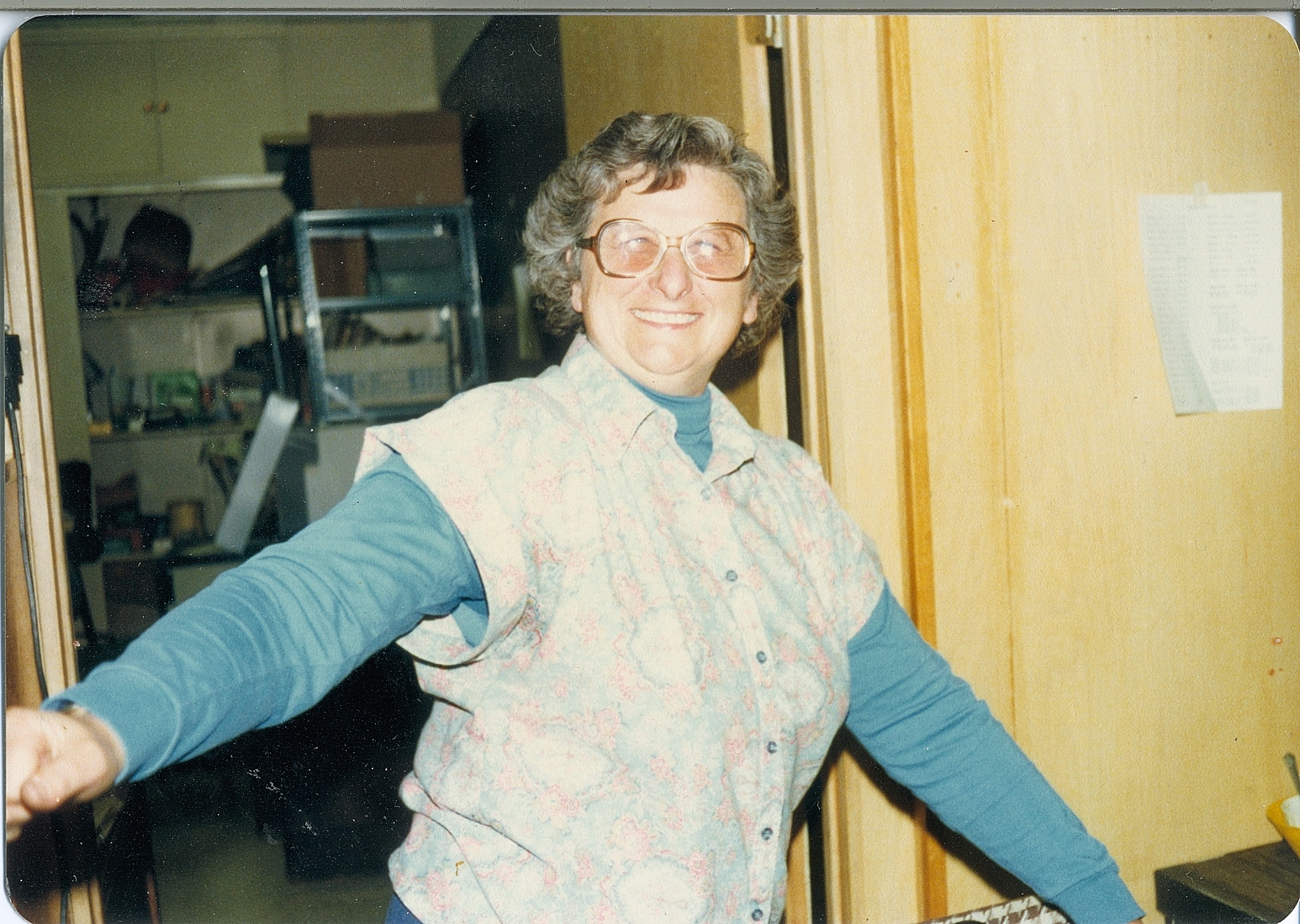 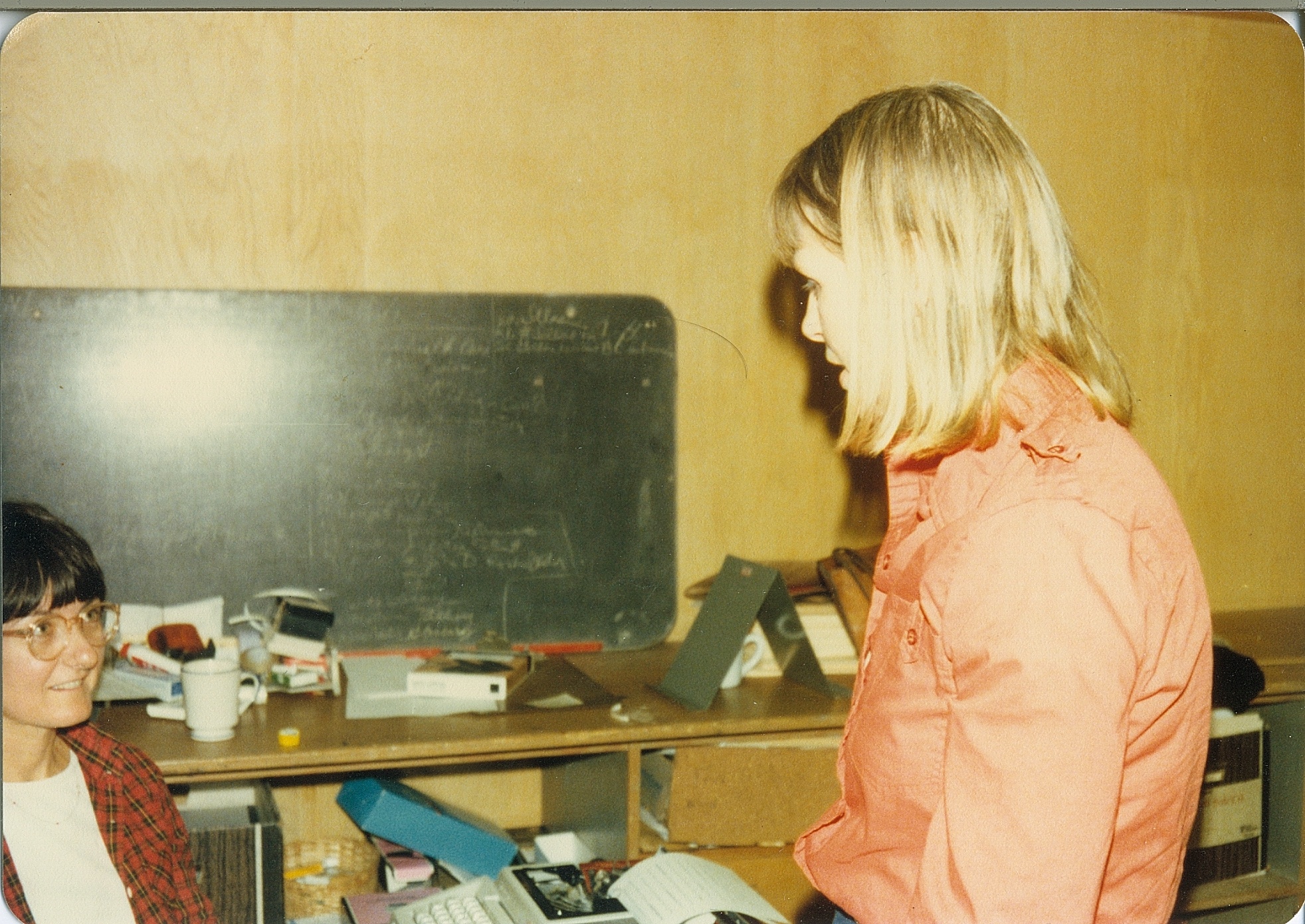 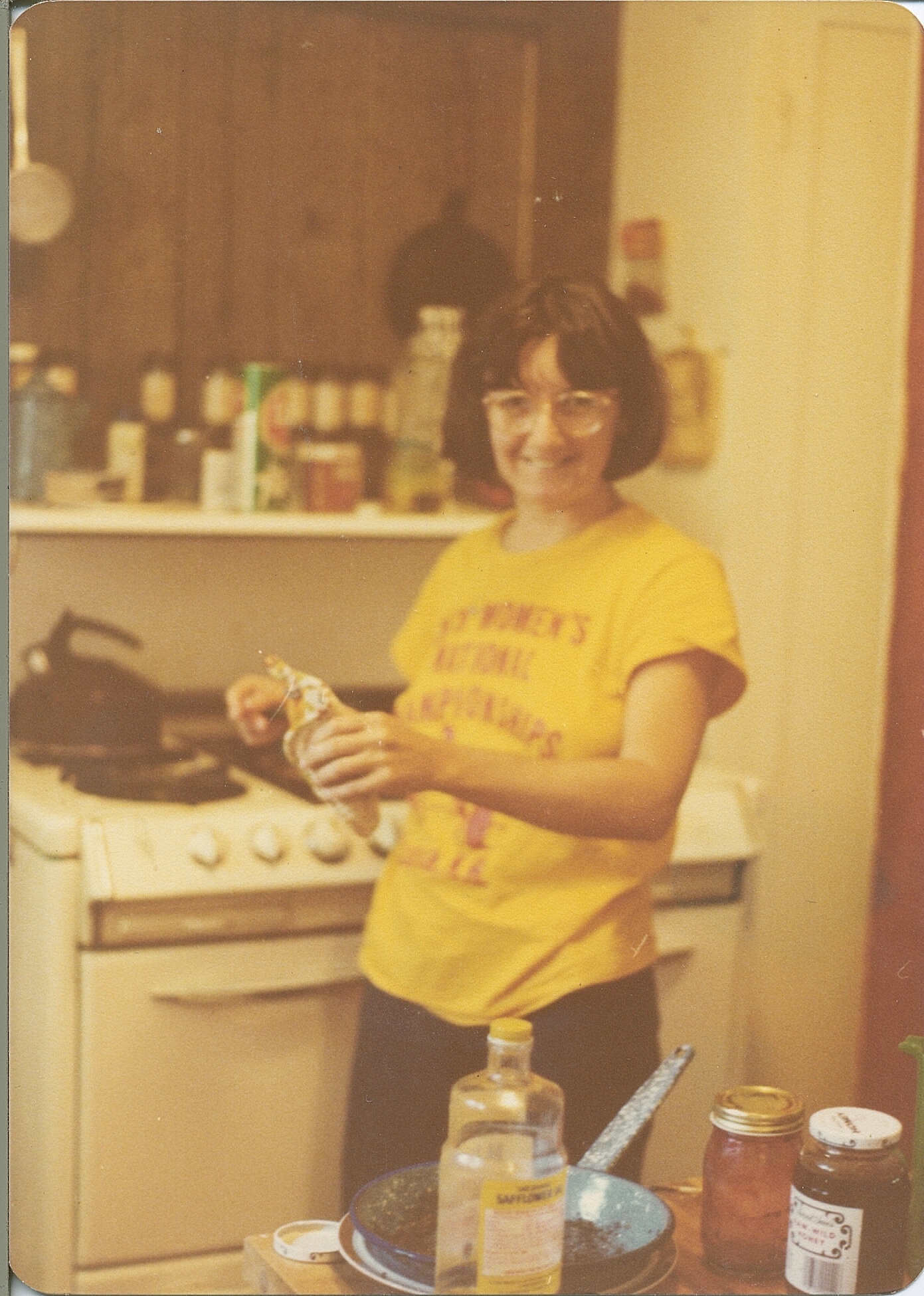 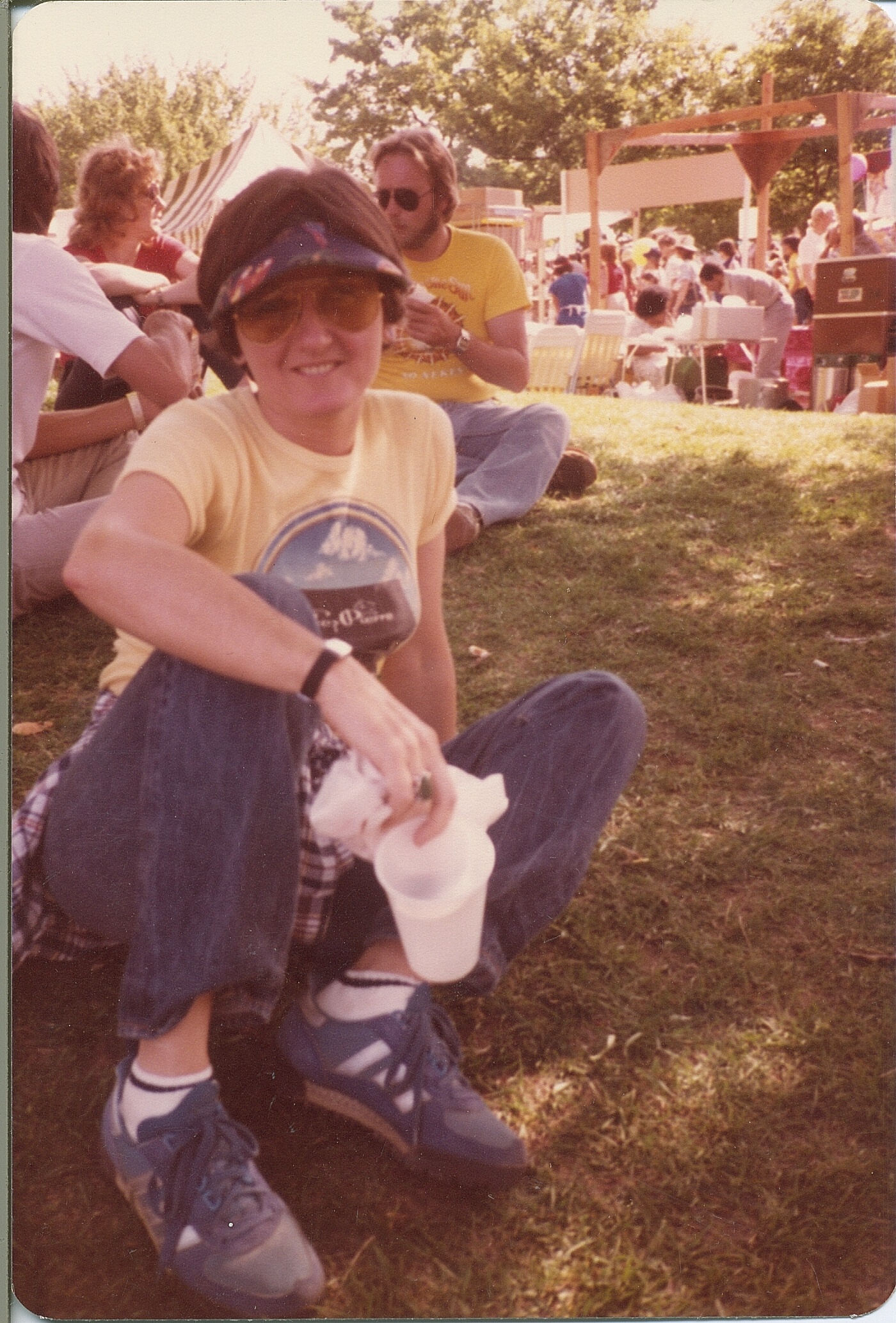 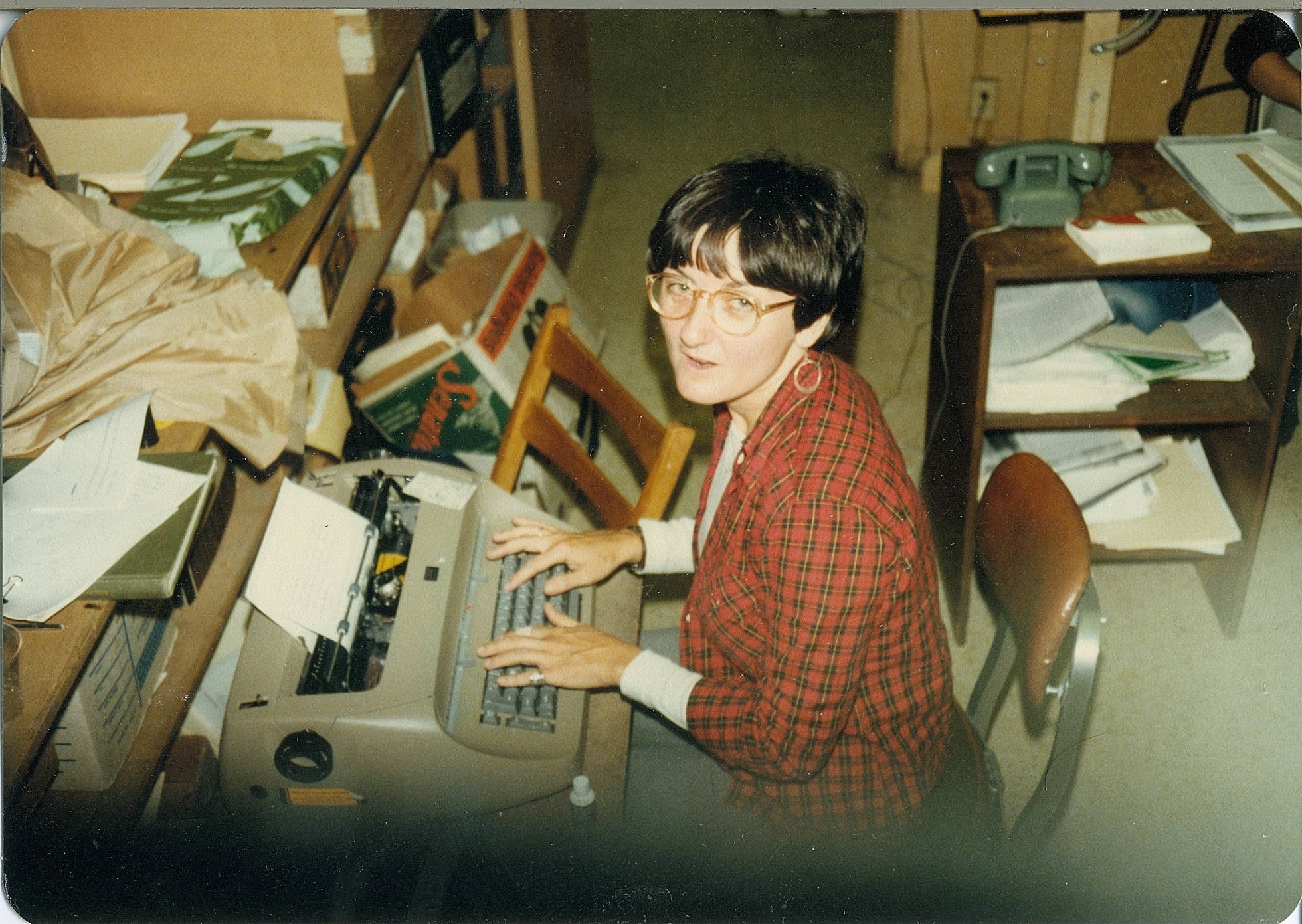 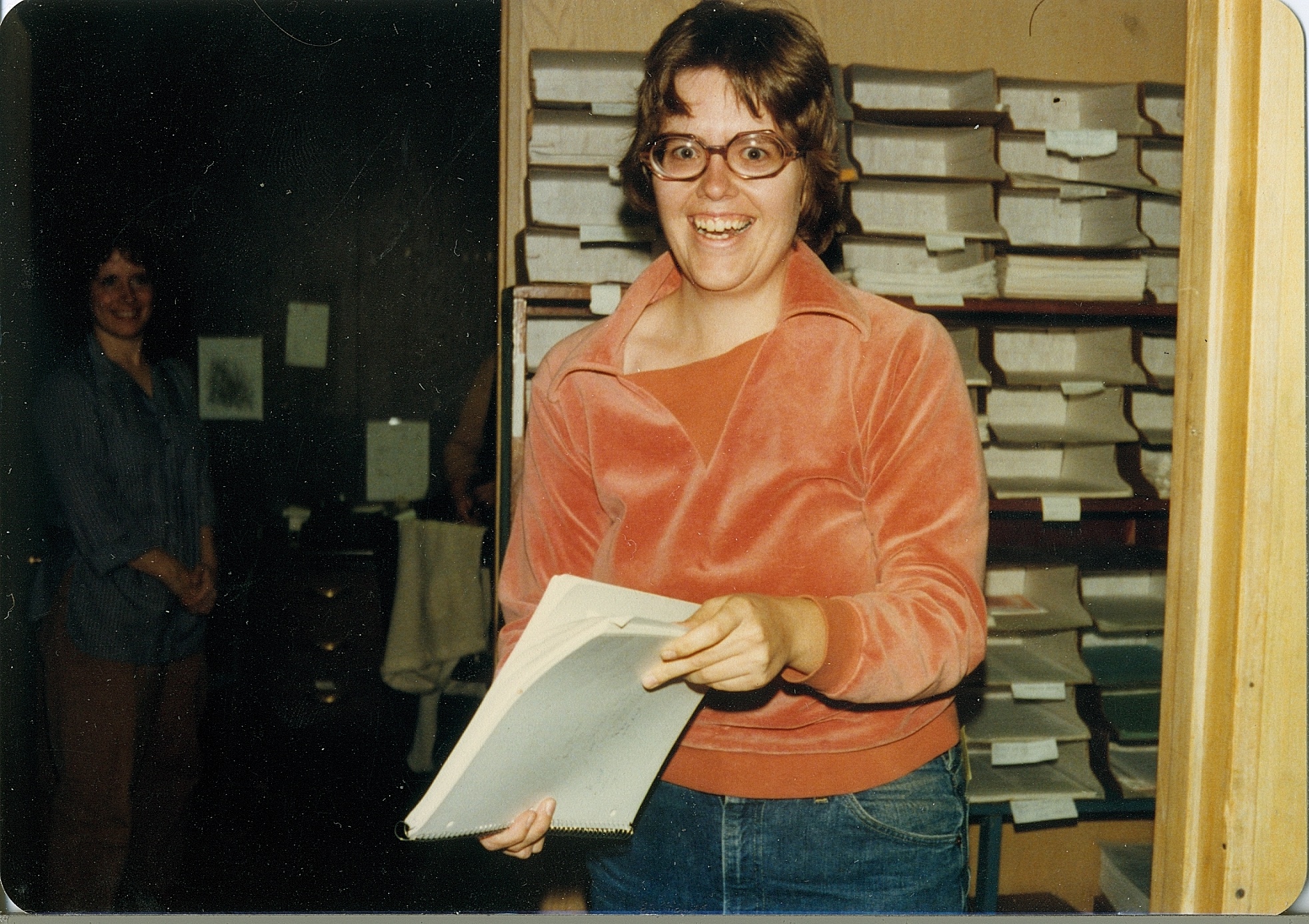 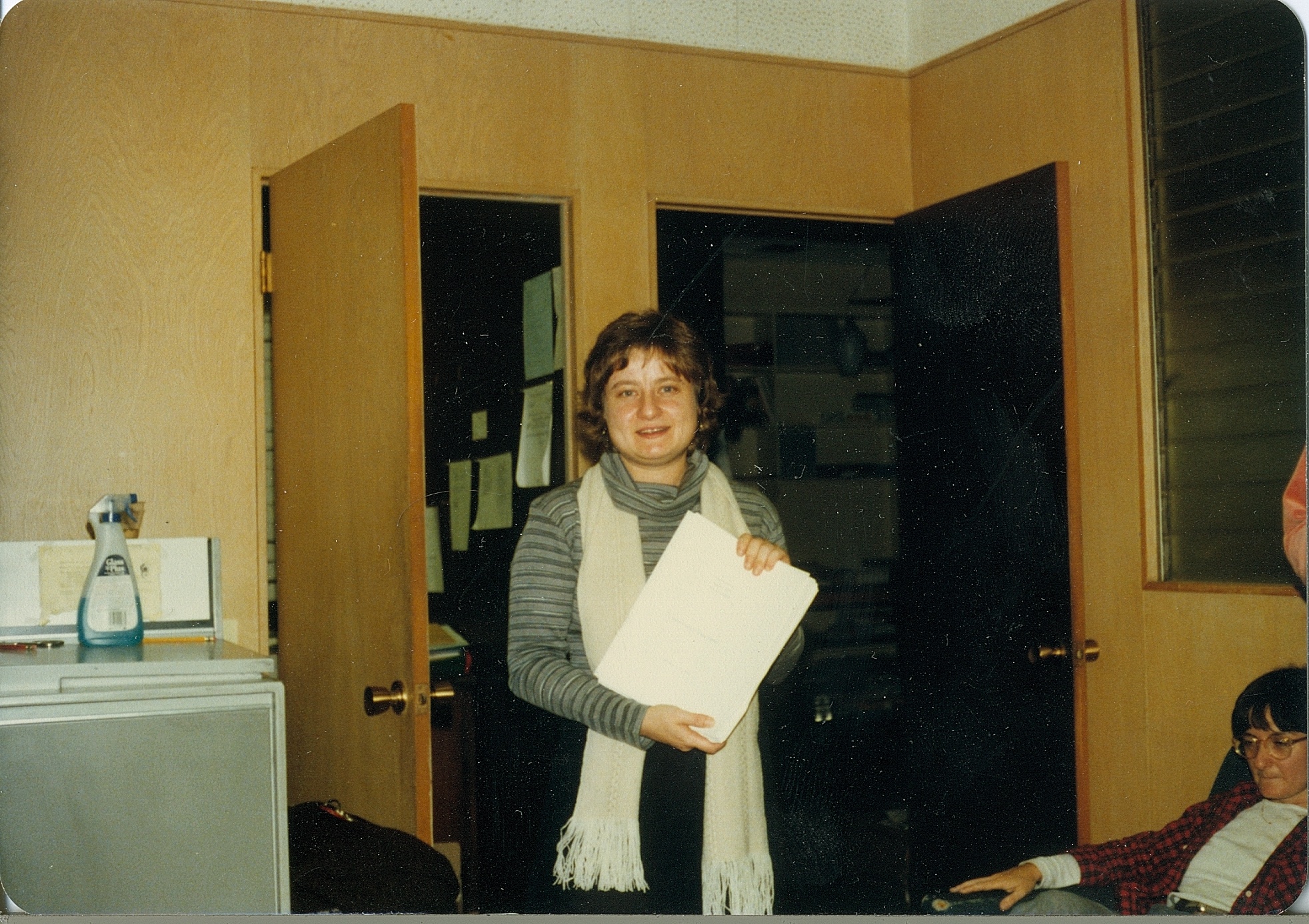 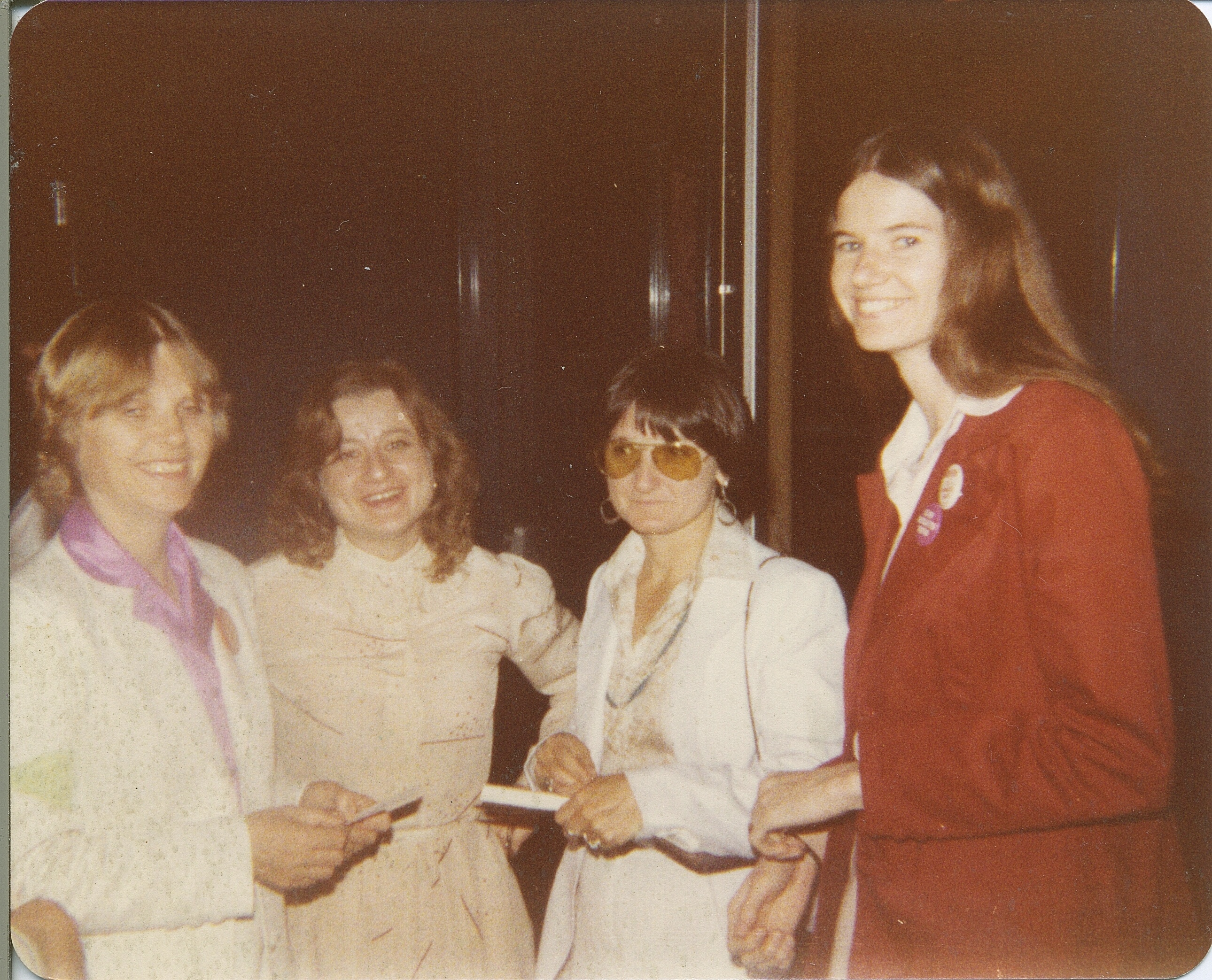 The Self Help Method Is A Global Movement

Women around the world have used the self-help method we developed to set up health projects around the world. For example, in India, in the mid-1980’s, women’s health groups established a group called Shodhini (in the Indian language, shodhini means “researcher”), gained the knowledge to challenge the Western, male-dominated health care system, reviving and spreading the knowledge of herbs to deal with women’s common health problems.

At that time, Carol was part of a woman's group, working to legalize abortion. She took her speculum to the next meeting and showed them her cervix. The group in turn took speculums to the California NOW conference and introduced the Self Help concept to hundreds of women. Self Help groups were organized all over the country and became a place where women could see their cervixes, talk about their reproductive health care, and learn from each other's health experiences.

Carol and fellow FWHC co-founder Lorraine Rothman took a bus across the United States sharing the Self Help vision. They carried with them a box of speculums marked TOYS. This was the start of the women's self help movement, and the beginning of a power shift in women's health. Women wanted to control their own reproductive destiny, to be able to decide when they had children. They wanted to be informed decision makers about their health care.

This seemingly simple act of taking the speculum into our own hands prompted a raid of the first health center. The Los Angeles police raided the self-help clinic and Carol Downer was charged with practicing medicine without a license. A jury acquitted her.

Also in 1971 Lolly Hirsch, a housewife with grown children from Connecticut, came to the self-help-clinic we offered at the NOW conference in Los Angeles. She, like many other NOW members who learned to use the vaginal speculum, invited us to come to the wealthy New York City suburb in Stamford, Connecticut to present self-help to her feminist friends. After our demonstration, they promptly started a self-help clinic, becoming very proficient over the next few years at doing Menstrual Extraction.
Lolly wrote a book on her childbirth experiences, which was never published. She had an old-fashioned metal press in her basement as big as a room, which she and her daughter, Jeanne Hirsch, used to laboriously print a newsletter for Self-Help Clinics, The Monthly Extract until 1978.

An archive of The Monthly Extract is on file on microfilm in the Women & Health series at the Women's History Research Center, Inc., 232 Oak Street, Berkeley, Calif. 94708.

When the Supreme Court handed down the 1973 Roe v. Wade decision legalizing abortion the self help group of mothers, housewives, clerical workers and activists started a clinic, hired doctors to perform the abortions, created woman-centered abortion care, developed and promoted safer medical techniques that have raised the standard of abortion care nationally. With encouragement, training and mentoring from the LA FWHC, woman-controlled clinics opened up across the country to provide respectful, reproductive care.

In Chico, in 1974, there were no abortion services available, no birth control unless you were married, and adoptions were treated with suspicion and secrecy and the only women's health information you could get was from your male gynecologist.

With help, training and inspiration from the Oakland Feminist Women's Health Center, nine women formed a self-help group that grew into the Chico Feminist Women's Health Center (CFWHC), a private, non-profit woman-controlled clinic. The clinic was opened with no government or foundation funding and few resources. Motivated by their need, desire and drive to bring women-controlled reproductive health care to their community, the Health Center was started in less than a year. The group of field workers, waitresses, mothers and students pooled their income to pay women in the group to start answering phones. We were laywomen, running clinics and providing the kind of health care we wanted to receive.

Our original philosophy was to share information to give women control over their gynecological health, demystify and de-medicalize women's body functions as normal and provide true reproductive choices for all women. This has remained the guiding principle of the Feminist Women's Health Center/Women's Health Specialists. In addition to delivering services, we train people in and out of the medical profession. Women are trained to work in our clinic as health educators, doctors are trained in safe abortion techniques and nurses are trained to be non-judgmental practitioners in their approach to health care delivery.

Since 1975, we have grown to four clinics and have added many services. We expanded our services to Redding, California in 1982, Sacramento, California in 1987 and acquired our Santa Rosa clinic in 1988. In Redding we have had to rebuild our clinic after four arson fires. Our staff is on the front lines of women's reproductive health care.

Over the years we have traveled to: England, France, Germany, Switzerland, Cuba, Jamaica, Belize, New Zealand, Iran, China, Japan, Nicaragua, Puerto Rico, Mexico. We have shared self-help with women in every circumstance. In tents in Mexico showing public health workers, in a senate office in Washington DC for legislative aides, in churches, YWCA's, women's centers and clubs. In London we did self-help in a center run by Wages for Housework where prostitutes could come for services. After a trip to Germany, women in Berlin started their own health center, the Feminist Frauen Gezundheit Zentrum (http://www.ffgz.de/). They shared self-help and did diaphragm and Cervical Cap fittings in a building they squatted. In Nicaragua we attended the annual Medical Conference where we learned that death from illegal abortion was the #2 cause of death of women in the country (war was the first). We spoke at their conference, and then did self help with 200 Nicaraguan Nurses.

In Japan, women translated our books about self-help and formed their own self-help groups. Women from all over the world have visited our health center to learn about self-help and the woman-controlled self help model. National leaders from Guinea came to develop an advocacy program for the women of Guinea.

The Feminist Women's Health Center is a living symbol of women's freedom and self-determination. We continue to advocate, promote and protect reproductive rights for all women. Our philosophy of sharing information to give women control over their gynecological health and reproductive choices, and our absolute belief that women have the right to choose when, if, and under what circumstances they will have children, sets us apart from other abortion and women's health providers.