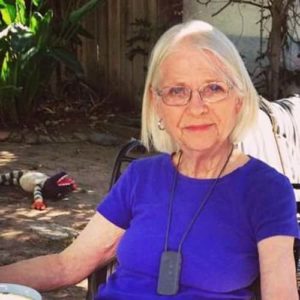 Carol Downer began her activist career in the movement for civil rights and local politics in California during the 1960s. She became active in the women's liberation movement in 1969, and she worked to try to make abortion available in Los Angeles, California under the liberalized abortion law. She began her reproductive rights career on the Abortion Task Force of NOW with Lana Clarke Phelan, author of The Abortion Handbook, who became her mentor. Carol and other women observed abortion procedures at Harvey Karman's illegal abortion clinic on Santa Monica Boulevard in West Los Angeles to learn how to perform abortions themselves.

In a revolutionary moment, Carol took a vaginal speculum and figured out how to do a vaginal self-examination. This act started the Women's Health Movement and today, women have the movement to thank for the many choices we have in controlling and managing our health.

When Downer and others organized as the Los Angeles Abortion Task Force, they called a meeting on April 7, 1971 at a feminist book store to educate women about abortion and their bodies. She demonstrated the vaginal self-examination to the estimated two dozen women that attended. Downer's group formed the Women's Abortion Referral Service, the first of its kind to offer pregnancy screening. "Women came from all over for help", Downer said.

After Carol and Lorraine Rothman returned from their bus trip around the country, the group, which then included new members who traveled from various parts of the country to join them, incorporated as the Feminist Women’s Health Center. Today, FWHC is Women's Health Specialists. The FWHC established the Women’s Abortion Referral Service. In 1972, The Board of Medical Examiners and the police department raided the health center and arrested Carol and Colleen Wilson for practicing medicine without a license. This case became know as the Great Yogurt Conspiracy, or "The Yogurt Case” for short, because one of the so-called crimes committed by Carol was helping a woman insert yogurt into her vagina to relieve a yeast condition. Colleen Wilson pled guilty to one count of fitting a diaphragm and Carol went to trial and was acquitted by a jury of all charges. Sixty days after the Supreme Court’s Roe v. Wade decision that legalized abortion in 1973, the FWHC in Los Angeles opened the first women-controlled abortion clinic.

Carol traveled extensively with other FWHC members throughout the US and beyond its borders. In 1974, Carol went to Europe to share self-help with women. She went to International Women’s Year in Mexico City in 1975 and shared her concept with community women. Carol was a part of the US Nicaraguan International Health Colloquia in 1985. In Nicaragua, Carol and Lynne Randall showed their cervices to nurses and women doctors, and they shared information about safe post abortion care in an arena where illegal abortions were performed.

Carol’s stand against US imperialism and the patriarchy led her to go to Iran in 1979 as part of a US delegation, "Send Back the Shah”. Upon her return, Carol criticized the US-executed coup against a democratic leader which gave rise to Americans being held hostage by Iranian militants. Carol has actively supported people’s right to self-determination, criticized US policy, and sees women’s oppression being perpetuated by US imperialism. Carol has shown her cervix to women in the US and around the world, and has continuously defended women against oppressive governments.

From 1987 to 1991, Carol attended law school while worked with the Federation of Feminist Women's Health Care Centers. Since then, she has practiced law, mostly in the area of disability rights. In 1981, she was the general editor of A New View of a Woman's Body, published by Simon and Schuster, and she was an editor of a companion book, How to Stay Out of the Gynecologist's Office, published by Women to Women Publication. In 1984, she and Francie Hornstein assisted Ginny Casside-Brinn, R.N. in writing Woman-Centerd Pregnancy and Birth, published by Cleis Press. But during the Reagan administration, the Pro-Life movements begin and the Women’s choice clinics were hit with protests. “The low point was 1985, when the clinic burned down, but we didn’t give up." Downer said. Many believe the fire was started from protestors. So FWHC began mobile clinics offering services from vans, which did screenings in a safe and secure location.

In 1992, she wrote A Woman's Book of Choices with Rebecca Chalker, published by Seven Stories Press. She has also served on the Board of Directors of the National Abortion Federation.

Carol is currently promoting women's liberation, speaking and working on her next book in which she advances the belief that women's collective efforts to achieve their sexual and reproductive liberation is a fundamental strategy for social change. She is on the board of directors of the Feminist Women's Health Centers (The Women's Health Specialists) of California. The board operates three Women's Health Specialist Clinics. You can hear Carol speak about the history or her site and the Women's Self Help movement on YouTube and how she taught other women about their speculum abortion technique.